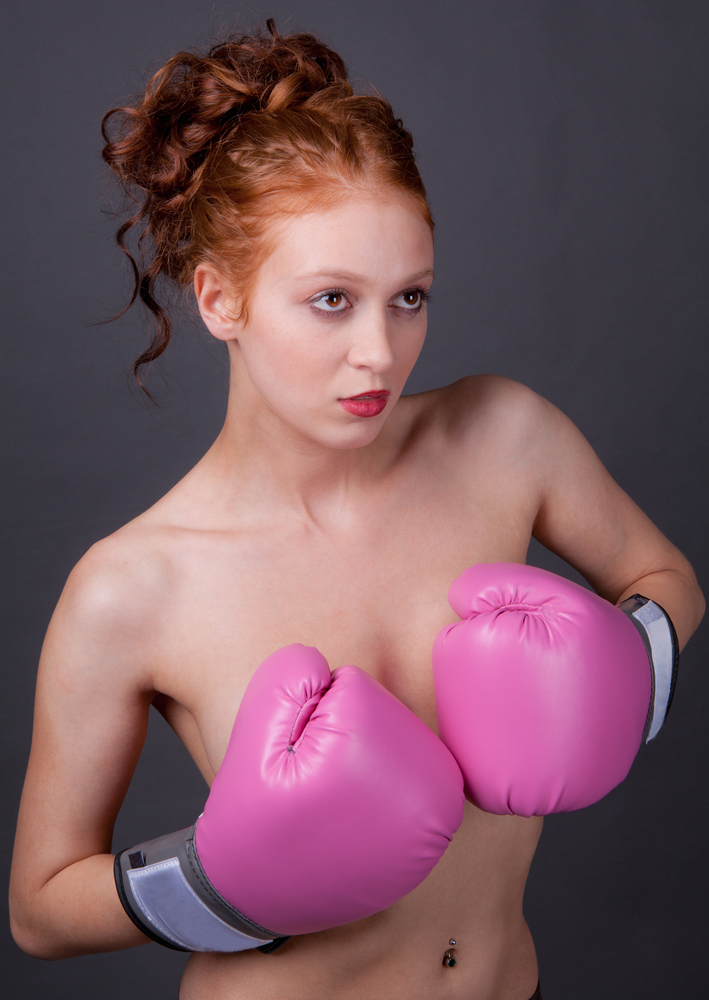 The Truth About Hormones & Breast Cancer 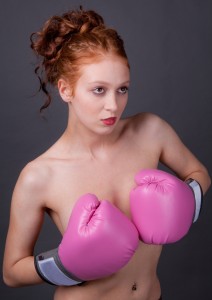 In case you haven’t noticed the sudden influx of pink products lining the shelves— toasters, mixers, pajamas, and ribbons—October is breast cancer awareness month, and like every year, its marketing efforts are in full force. But while the ever-growing cancer institutions are raking in millions of dollars, have we missed the mark on awareness? Is it possible that preventing breast cancer goes deeper than getting a mammogram and sporting a pink t-shirt? And how do all of those popular hormone drugs come into play? Furthermore, is breast cancer truly the biggest health risk women face today, or is that assumption merely the product of an over-saturation of “think pink” media hype?

While a healthy lifestyle and regular screenings are highly important, one of the key principles in breast cancer prevention is hormone balancing. In particular, a woman’s risk can be drastically reduced by identifying and properly treating estrogen dominance —a condition that occurs when a woman’s estrone and progesterone levels are out of balance—which has been proven to cause breast, uterine and ovarian cancers.

Estrogen, the primary female hormone, affects nearly every organ in the body and is actually made up of several family members: estrone, estradiol and estriol. Estrone— which is made in abundance throughout a woman’s life, even during menopause—has the role of stimulating cellular growth in breast and endometrial tissue. In order for these cells to not proliferate and grow endlessly (which is ultimately a cancer cell) they must be regulated to die at a set point. The determined point is 28 days for breast and endometrial tissues, hence the 28-day cycle. This process of programmed cellular death is called apoptosis, and it is regulated by another critical female hormone, progesterone.

This explains why a woman’s risk of breast and uterine cancer is significantly lowered during pregnancy. This is because pregnant women have an abundance of progesterone—referred to as the pregnancy or “pro-gestation” hormone—for 9 months straight, thus protecting these tissues from proliferation.

When estrone and progesterone are in proper balance, the proliferative phase is offset by apoptosis, brought on by a decrease in estrogen and an increase in progesterone at day 14 of a women’s cycle. A woman is known as estrogen dominant, however, when she produces insufficient amounts of progesterone, and thus is unable to offset the cellular growth stimulated by estrone. This allows the breast and endometrial tissue to grow rapidly, unopposed, leading to an increased risk of breast, ovarian and uterine cancer. This risk can be greatly reduced by simply balancing these levels through hormone replacement therapy.

Check out this video clip from the Carol Alt Show featuring Suzanne Somers on how she overcame estrogen dominance and breast cancer through natural bio-identical hormones. 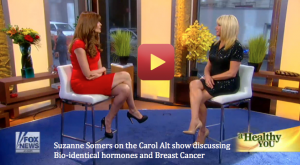 While the bombardment of fundraising and media attention may have you believing otherwise, breast cancer is actually not the leading cause of premature death in females. Out of the 1.25 million female deaths in the US each year, only 40,000 are due to metastatic breast cancer. However, the underlying cause may be the same. For every breast cancer death, there are approximately 31 women who die from something else, and according to a recent Yale study, those “something else” diseases are related to hormone deficiencies. [1]

The study estimated that between 2002 and 2011, up to 91,000 excess deaths occurred among hysterectomized women age 50 to 59 who did not take estrogen therapy. The unfortunate fact that so many women chose to not treat their hormonal imbalances stems from a misguided fear starting in 2002 about the safety of hormone replacement therapies. [1]

In the 1990s, estrogen therapy was widely used to alleviate menopausal symptoms in women undergoing hysterectomy. But in 2002, the Women’s Health Initiative (WHI) announced that their study using a synthetic hormone therapy (Prempro) posed a high risk for cardiovascular disease and breast cancer and was being terminated. This struck the nation with fear, and because Prempro was often referred to as simply “hormone therapy,” prescriptions for all hormone therapies, including natural varieties, dropped considerably. Eighteen months later, half of the women in the US stopped using hormone replacement therapy, regardless of the brand, and mortality rates rose considerably. [1]

The severity of a hormonal imbalance is clear, as it can lead to both cancer and premature death. But before you or your loved one rushes to start hormone therapy, it’s important to distinguish the differences between true hormones and synthetic hormones, as the latter may end up doing more harm than good.

Popular examples of synthetic hormones include Premarin, Provera and Prempro, which are commonly sold and prescribed as “real” hormones, even though they are not hormones found in the human body, and thus, should not even be called hormones in the first place.

With its name standing for “pregnant mare urine,” this synthetic, horse- derived estrogen is composed of 50% Estrone and 50% equine estrogen. Even though research has shown that Premarin increases the risk of breast cancer, doctors still prescribe it, and it comes with a hefty warning label from the FDA.

Premarin is given orally, and when absorbed through the GI tract it passes through the liver to be broken down, which allows the estrone component to form three new compounds. One of these compounds, 2-hydroxy estrone, is actually helpful in reducing the risk of breast cancer. However, the other two compounds, 4-hydroxy and 16-hydroxy estrone, have been shown to cause mutations at the cellular level, thus increasing the risk of cancer.

Another downside is that Premarin comes in a one-size-fits-all pill, so doses cannot be adjusted to optimize tolerance and relieve side-effects such as anxiety, insomnia, spotting and increased breast growth. Plus, doctors cannot monitor hormone levels during treatment because labs are unable to measure horse-derived estrogens.

Another popular yet dangerous choice, this drug contains a progestin called Medroxy-Progesterone-Acetate (MPA), which is a synthetic, patented substitute for progesterone. Because progesterone was used as a foundation for this artificial chemical, it was believed that MPA would behave just like real progesterone to relieve anxiety and insomnia and protect against un-opposed estrone. However, it turns out that this molecule is actually anti-progesterone in its effect, thus increasing estrone’s cellular growth stimulation.

While natural progesterone may confer a protective effect against breast cancer, a huge body of data links synthetic progestins like MPA with an increased risk of breast cancer. [2] [3] [4] [5 [6] These compounds are also the major culprit behind the higher rates of vascular disease and cancer that caused doctors to abandon all hormone drugs beginning in 2002.

This drug is a combination of Premarin and Provera and is the most dangerous drug of them all, as it shows the most dramatic risks for breast cancer.

Below is an example of the nature of synthetic progestins compared to natural bio- identical progesterone. While both are made in a laboratory, progestin is a foreign compound that is never naturally produced inside a woman’s body, and bio-identical progesterone is a natural-to-the-human-body hormone that provides many health benefits.

For example, Premarin is an estrogen-like substance, so doctors will use the negative data against Premarin interchangeably with bio-identical estrogen. Also, most doctors believe that bio-identical progesterone and synthetic MPA are one in the same, so they tell their patients that progesterone causes breast cancer, but nothing could be further from the truth, as natural progesterone actually reduces the risk. [7] [8] [9]

In fact, in one study, 80,000 postmenopausal women using various forms of hormone replacement therapy (HRT) were followed for more than 8 years. Women who used estrogen in combination with synthetic progestin had a 69% increased risk of breast cancer, compared to women who had never used HRT. However, for women who used natural progesterone in combination with estrogen, there was absolutely no increased risk of breast cancer. On the contrary, there was a significant reduction in breast cancer risk. [10]

If this information gives you knowledge or tools for optimizing your health, please feel free to comment with your thoughts and experiences below, and share this article with friends and family. Our goal is to help every woman overcome hormonal imbalances and Discover Health Without Limits.