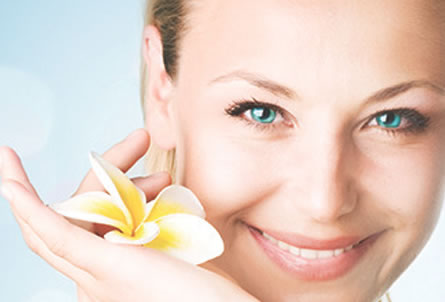 But many do not realize that the long-term health benefits of BHRT can offer relief to far more people than women in the throes of menopause. According to experts, many diseases that we accept as a normal part of aging stem from the fact that our bodies aren’t maintaining the same hormonal balance that they did when we were younger. In fact, health issues like thyroid disease, adrenal fatigue, mood disorders, depression, anxiety, gastrointestinal issues, stroke, senility, osteoporosis and heart disease are all linked to hormonal imbalances. (For more on treating mood disorders with BHRT, click here.)

Because growth and sex hormones play a vital role in many important bodily functions, an imbalance can affect all systems of the body. But when balance is restored through BHRT, the body can once again function as it was intended, and disease can be reversed or prevented entirely. This may be why so many patients undergoing BHRT feel ten years younger – they’re literally stripping away the detrimental effects of aging.

What are Bioidentical Hormones?

Bioidentical hormones are natural, plant-based hormones that are biologically identical to the hormones found in the human body. This allows our bodies to recognize and metabolize the hormones as they would their own, resulting in greater impact with less side effects, if any. Compounded bioidentical hormones can also be customized to each patient’s need, so levels can be adjusted accordingly.

This is quite opposite to traditional hormone replacement therapy, which used synthetic hormones, often derived from horse urine and other animal sources. Synthetic hormones were created to be molecularly unique so that drug companies could patent them for their own profit. Unfortunately, these dangerous one-size-fits-all pills turned out to have serious long-term side effects, and have shed a bad light on all forms of hormone therapy.

Who Benefits from BHRT?

BHRT is most often used for men and women in mid life who are going through hormonal changes, including low testosterone. But it is also beneficial to anyone who is suffering from the symptoms of a hormonal imbalance or those suffering from adrenal fatigue or thyroid disease, many of whom suffer the same symptoms.

Symptoms of a Hormonal Imbalance:

Which Hormones Are Used in BHRT?

Typically, doctors use a combination of growth and sex hormones to formulate a tailored regimen based on the specific needs of each individual patient. The goal is to restore the appropriate balance of hormones in the body. Doing so requires careful analysis by a doctor experienced with bioidentical hormone replacement who will determine which hormones are missing, seek out the root causes and make recommendations based on the analysis.

A 45-year-old female came to my office complaining of symptoms that had been occurring for years. She suffered from brain fog, night sweats and difficulty sleeping. Her relationship with her husband was compromised due a decreased libido, and she suffered from vaginal dryness, so sex was uncomfortable. She was chronically exhausted, irritable, despondent, and no longer found enjoyment in the things she use to love, even shopping and being with friends and family.

She had been prescribed anti-depressants and anti-anxiety medications from her OBGYN, but after years of no improvement, she became frustrated. Her number one wish was to get a good night’s sleep, and she couldn’t remember the last time she experienced that.

After her blood work came back, it was apparent that she was hormonally imbalanced, lacking nearly all of her vital hormones, including estradiol, progesterone and testosterone. This imbalance explained all of her symptoms. She was shocked to hear of this since she was told by her OBGYN on numerous occasions that she was too young to be going through menopause.

Immediately, I prescribed her with compounded bioidentical hormones, including BiEst (a combination of two important estrogens: estriol and estradiol), testosterone via transdermal cream, and bioidentical oral progesterone (the oral route is the only way to increase GABA in the brain to take away anxiety and insomnia).

After only a few days, the patient reported back that her symptoms were gone and she had the first good night’s sleep in years. After a week, vaginal dryness vanished, her libido returned and she had the mental clarity of her 20s. And as a bonus, her cholesterol and blood sugar levels (which had once been elevated), reduced to normal after being on bioidentical hormones. She has been on BHRT for 6 years now and according to her, “life couldn’t be better.”

While BHRT can have amazing results, it is not a cure-all. Most doctors who offer this therapy will also work with patients to identify and treat any underlying disorders, recommend lifestyle changes and offer other medical treatment and advice that will help the body naturally regain its immunity and healing properties.

If you think you may be suffering from a hormonal imbalance, give the DaSilva Institute of Anti-Aging, Regenerative & Functional Medicine a call at 888-832-7458 to schedule a bio-identical hormone consultation. We’ll get to the root cause, help you restore balance and get you on the track to discovering health without limits.

Could Optimizing Hormones Assist in Avoiding or Overcoming Drug Addiction?

BHRT | How Joe Lost 30 Pounds While Increasing His Energy Levels

August 30, 2018Christian DaSilva
Menu
This site uses cookies: DaSilva Institute firmly believes that maintaining patient and practioner privacy is of utmost importance. This principle extends to you and all visitors of our websites. Learn more.